Artificial Intelligence Favors the Powerful. But It Doesn’t Have To.

Why we stand up for Muslims targeted by China’s surveillance technology. 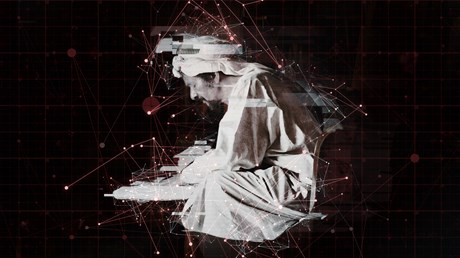 Millions of our global neighbors live under authoritarian and autocratic governments where the power of artificial intelligence (AI) is abused to retain a sense of control over others. Nations, such as China, use these tools, created for the common good, to diminish dignity in minority groups. Religious freedom and the pursuit of justice are threatened by the implementation of these tools each day.

This is why a group of over 60 evangelical leaders, including Russell Moore, Jackie Hill Perry, J. D. Greear, and Richard Mouw, have signed a new statement of principles on AI today in Washington, DC. The project was organized by the Ethics and Religious Liberty Commission of the Southern Baptist Convention to help the church navigate the issues surrounding AI with wisdom and hope proactively rather than responding to them after the effects are widespread.

AI tools and their limitless potential can be at odds with a belief in human dignity based in the image of God. To be clear, these tools lack a moral sense. However, individuals can use and develop them in ways that demean and oppress other human beings.

Furthermore, the use of technology doesn’t always lead to a dystopian future as some futurists predict. These same tools can be used in righteous ways that can give a voice to the voiceless and help set captives free. As Christians living in a fallen and broken world, how are we to navigate these tensions in a way that parallels how our Savior taught us to live in the world? (Matt. 22:37–39)

The Pursuit of Power

Every human being desires power and control over their lives. At its core, sin is a desire for autonomy and power outside the design of God. It shouldn’t surprise anyone that technology is often used in ...

from
http://feeds.christianitytoday.com/~r/christianitytoday/ctmag/~3/UnKGvPgjDoc/artificial-intelligence-facial-recognition-muslims-china.html
Posted by Unknown at 08:27