Will Trump’s ‘Deal of the Century’ on Israel-Palestine Please Evangelicals?

CT asked 11 leaders in US and Middle East to assess the red lines of a peace plan, expected soon after Netanyahu’s coalition wins election. 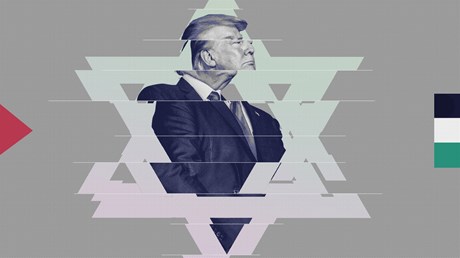 When it comes to Israel, nearly all evangelicals hold dear the biblical maxim: Pray for the peace of Jerusalem.

But what does it mean after a fiercely contested election?

Two years in the making, Trump’s “Deal of the Century” is slated to be released soon, now that Israel has reelected Prime Minister Benjamin Netanyahu. His Likud party secured a virtual tie with challenger Benny Gantz’s Blue and White party, but Bibi’s right-wing coalition will push him over the top.

Neither leading candidate made the peace process with Palestinians a major plank of their campaign as the entire Israeli electorate has shifted to the right, emphasizing security over negotiation.

Other American presidents have tried and failed to advance official US policy of a two-state solution. But while Trump has brought a new energy—and unpredictability—to forge an elusive peace between Israelis and Palestinians, he may face two very skeptical partners.

Even so, Trump has shaken the system.

Last year in May, he moved the US embassy to Jerusalem.

In February, he stopped US funding to Palestinian aid programs.

Last month, he recognized Israeli sovereignty over the Golan Heights.

And more than any president prior, he has courted evangelical opinion. LifeWay Research shows that 67 percent of American adults with evangelical beliefs have positive perceptions toward Israel, with 80 percent believing Abraham’s covenant is for all time.

But while analysts have panned Trump’s decisions as decidedly one-sided against the Palestinians, he has dangled his own deal-making reputation as—at times—a warning to the Israelis.

from
http://feeds.christianitytoday.com/~r/christianitytoday/ctmag/~3/yqUE7vtNJOg/trump-peace-plan-israel-palestine-evangelicals-deal-century.html
Posted by Unknown at 09:03