What Jesus' arrest and trial can teach us about facing opposition. 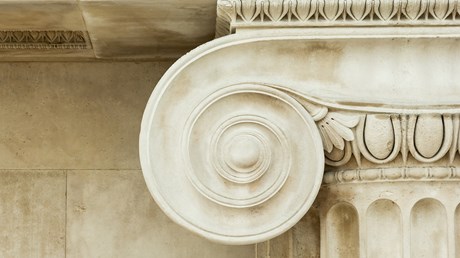 “So again Pilate asked him, ‘Aren’t you going to answer? See how many things they are accusing you of’” (Mark 15:4).

When we approach Easter, there are many things we think about: Jesus’ death in our place, the disciples’ lack of understanding, God’s choice to have women be the first witnesses to the empty tomb, resurrection hope. There is a multitude of directions to go when thinking about the end of this most significant week in history.

But there is one we rarely consider: how Jesus got through that experience. Yes, we note Gethsemane where he wrestled with his coming fate and eventually handed it all over to God. But what did that mean for him? Is there anything for us to learn from how Christ faced the intense rejection by the world that the Cross represented?

During the entire second half of his ministry, Jesus taught his disciples that they would face opposition, resistance, and rejection just as he did. Their spiritual development depended upon how to cope with this reality—a reality our churches today are struggling with as we move into an increasingly post-Christian context. John O’Sullivan, former editor of the National Review, defines it this way: “A post-Christian society is not merely a society in which agnosticism or atheism is the prevailing fundamental belief. It is a society rooted in the history, culture, and practices of Christianity but in which the religious beliefs of Christianity have either been rejected or worse, forgotten.”

What can Jesus’ arrest and trial teach us about our own calling in such a world? How do we best remember what many in the world have forgotten?

Jesus was betrayed by one of his own. He was examined about ...