In historic election granting Netanyahu a record fifth term, the Bible Bloc Party’s vision is struck down but not destroyed. 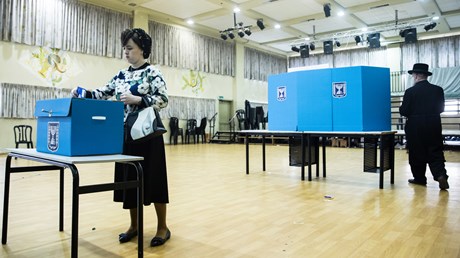 In one of the most tightly contested Israeli elections in years, Benjamin Netanyahu appears poised to remain prime minister.

His Likud party is projected to win 35 seats in the 120-member parliament, the Knesset, tied with challenger Benny Gantz’s Blue and White party; but coalition partners will likely boost the incumbent Bibi to a governing majority of 65.

But for Christians in Israel, could the most significant electoral development have come from a new party that won a total of zero seats?

“We are the only party to give Christian and Messianic candidates parity in the candidates’ list,” said Avi Lipkin, the Orthodox Jewish head of the Bible Bloc Party, known as Gush Hatankhi in Hebrew.

“For the first time in 2,000 years, Jews and Christians are … brethren and allies.”

The significance lies in their getting started. As a new party, Lipkin explains they had limited time to build a base. To legalize a party, 100 members are needed. The Bible Bloc recruited 150: roughly half Jewish and half Christian, as reflected in their candidate list.

Heading the list was Lipkin, with another Orthodox Jew in the No. 3 slot; No. 2 was an Arab Christian from Haifa; No. 4 was a Messianic Jew; No. 5 was a Dutch Protestant with a Messianic Jewish wife.

The 47 parties competing in Israel’s election were given a small budget and one minute of free airtime to introduce themselves.

“Our goal is to establish a strategic Jewish-Christian alliance to stand up for all Jews and Christians ...