Unbeknownst to me, I began recruiting my successor six years ago. 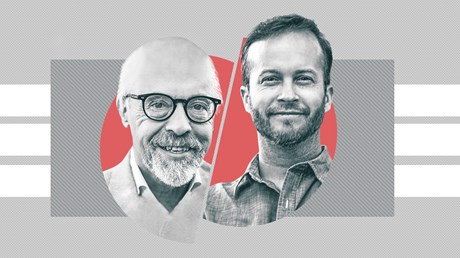 I’m so glad God doesn’t operate on my timetable. The year was 2013. The place: Harvard Yard. I found myself sitting over coffee with someone who had impressed me enough during the previous three years that I was about to offer him a position on CT’s executive team. The role was completely new; I had created it specifically for him in hopes that he might bring to the ministry new ideas for missional expansion and financial growth.

Job description in hand, I put the full court press on this prospective new employee, confident that a “yes” was forthcoming. But no sooner was my pitch delivered than I heard: “Harold, I’d love to be a part of your team, and the role fits me perfectly. But now is simply not the time.” So much for my salesmanship!

Fast forward almost six years to February of this year, when the Christianity Today board of directors was meeting in Dallas to consider that same man as my successor. They voted unanimously to ask Tim Dalrymple to be CT’s next president and CEO. And this time, Tim said yes!

At the end of my 35 years serving here—12-plus of those in the “corner office”—I couldn’t imagine a better way to “sign off” this portion of my kingdom service. Tim will bring an impressive array of gifts to his new role, including an entrepreneurial drive, a digital-native mindset, and an immense intellectual and editorial capacity.

After graduating from Stanford with a double major in philosophy and religious studies, Tim earned an MDiv at Princeton Theological Seminary and a PhD in modern Western religious thought at Harvard University. Along the way, he also served in youth ministry, prison chaplaincy, and graduate and faculty ...