O Death, Where Is Your Victory? Reflections of Death at Easter

The fact that Jesus climbed out of that tomb changes everything. 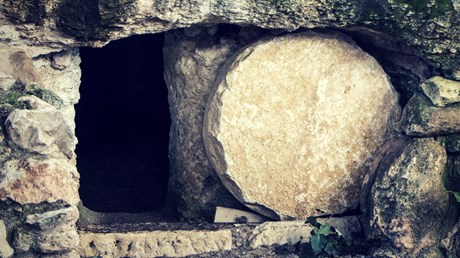 There are so many ways we could talk about the significance of Easter morning—particularly, the meaning of Christ’s resurrection from the grave.

With no hesitation, believers will tell you that the fact that Jesus walked out of that tomb changes everything. That very moment—the morning of the resurrection—is at the foundation of all those that follow it. The coming of the Holy Spirit, Paul’s road to Damascus conversion, and the ministry of the church for centuries thereafter all hinge upon the reality of a risen Savior.

It, indeed, is the center of history. If it happened—and it did—it changes everything.

That’s the title of my message this morning at The Moody Church, “This Changes Everything.” And, that’s not an overstatement. When the first iPhone was introduced that was there motto as well, but Steve Jobs is gone now, there are lots of other phones now, and the world did not change that much.

But, when Jesus walked out of the tomb, that did change everything.

When people think of the resurrection, though, often they contemplate the forgiveness of sins. Perhaps they remember God’s sovereignty and power. Maybe they reflect on his goodness. But the language used in churches and among bodies of believers often also includes particular reference to Christ’s victory over death.

As he leaves the grave, Jesus defeats that which all the Roman soldiers, scoffing Jews, and religious leaders thought would defeat him.

But all this talk about death can often seem so morbid on a day of the year that’s become commercialized through the use of pastel pinks and purples and little chocolate bunny rabbits.

Obviously, this is a time for celebration—Jesus ...