Done right, Facebook offers a chance for discernment and connection. 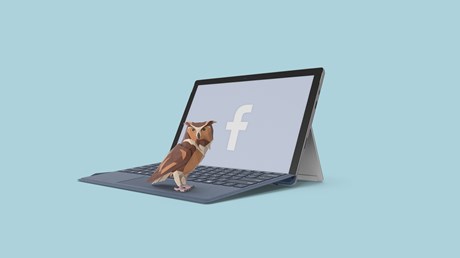 Facebook decided to kick off 2019 with a challenge: Compare your first profile picture to your most recent one to see how hard aging hit you over the past ten years.

I pulled up my first profile picture and stared at it, the air exiting my lungs and an odd numbness seeping up from my toes. Hello, fresh-faced person. I remember you. I remember that shirt, the wallpaper in that kitchen, that haircut. I also remember the night I uploaded you in 2008, sitting in the bedroom with my husband, lightheartedly filling in my Facebook profile with enough information for my identity to be stolen and my house to be robbed.

The picture, actually taken in 2005, was the only scanned picture I had of myself at the time—back when I knew nothing of smartphones, selfies, or the social media platforms that now seep into every idle moment of our days.

Twitter rants and hashtags, internet trolls, humble brags, virtue signaling, sub-tweeting, Instagram stories, Snap streaks, tagging, and liking were not in my vocabulary or experience. So, staring down a younger version of myself, my first thought was not “What a wrinkled hag I have become,” but instead, “This is the ten-year anniversary of the year we gave our hearts to social media.”

Hard to believe a decade has passed since social media’s cultural watershed, since parents and grandparents joined their kids on Facebook, and since Twitter expanded from niche networking to the mainstream. Not to disappoint, but I don’t really hate social media. Like any other innovation, it can be used either for help or harm, according to the one who holds the tool in her hand.

Any crowded room we enter contains its share of sages and fools; social media platforms are just very ...