I Marked People for Death. Jesus Marked Me for Life.

How a Latino gang leader found salvation in prison. 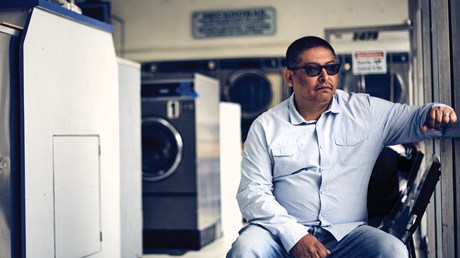 In prison, I was a shot caller.

Shot callers have an elevated rank in the gang world. They are the power-brokers who determine who gets hurt (or killed) and who doesn’t. They command respect.

I started down this path as a teenager in South-Central Los Angeles, as a leader in the Rockwood Street Locos. I led the way when we invaded homes, broke into cars, ransacked convenience stores, and stabbed rival gang members. It didn’t take me long to figure out that the streets were bloody. Most of the time, it was kill or be killed.

Eventually, the LAPD caught up with me. I was sentenced to nearly 13 years for second-degree murder—along with 52 counts of armed robbery. I actually breathed a sigh of relief that those were the only charges the cops could pin on me.

At Pitchess, we segregated ourselves: blacks aligning with blacks, whites with whites, and Latinos with Latinos. Several dudes from two long-established gangs, 18th Street and Florencia 13, approached me about becoming a shot caller there.

One of my responsibilities was the control and distribution of shanks, the crude homemade knives used for stabbing another prisoner. I slept with all 13 of them under my mattress. When a riot went off, I made sure the right people got shanks. There were many violent upheavals at Pitchess, and inmates got stabbed and killed all the time. All it took was a wrong look at the wrong person, and you were done for. Life was very cheap.

After about six months, I was transferred to New ...