The Evangelical Council of Venezuela is seeking a new way of societal accord, peace, and reconciliation. 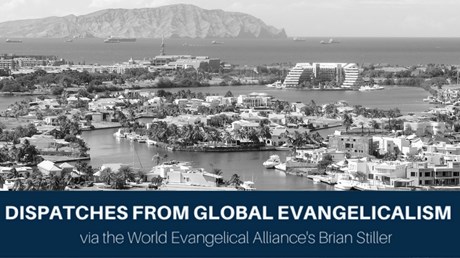 Venezuela, with the oil wealth of Saudi Aribia, today looks more like Syria, noted a journalist. With the country in free fall, it is hard to imagine how it can last much longer. In daily updates, we listen to multiplying horror stories of no food, empty medicine shelves, stunning numbers of kidnappings, and the hemorrhaging of ten percent of its population in a matter of months.

Keep in mind what we are talking about. With 30 million in population, about the size of Canada, it is harbored on the northeast coast of South America. Colonized by the Spanish in the 1500s, it became independent in 1881. Long the bastion of caudillos or military “strongmen,” in the 1950s and following, a series of elected governments ruled, ending in 1993 with Hugo Chávez becoming president. He died in 2013.

During his rule, Venezuela, with more natural oil reserves than Saudi Arabia, came unglued. Mirroring Cuba, its economic management drove it to financial ruin, with shortages in almost everything and millions fleeing the country for survival.

Its current president, Maduro, a former bus driver, has turned his failing country into a kind of police state, merging dire economic realities with religious intimidation, social fiascos and an unending litany of debilitating stories of starvation, needless deaths from lack of medicine, and a citizenry fatigued by dishonesty and failed governance.

Responding to resistance with authoritarianism and repression, day to day its precarious status teeters on the edge of utter ...